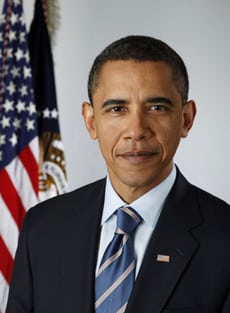 Biography of Barack H. Obama the 44th President of the United States.

Biography of Barack H. Obama: After working his way through college with the help of scholarships and student loans, President Obama moved to Chicago, where he worked with a group of churches to help rebuild communities devastated by the closure of local steel plants.

He went on to attend law school, where he became the first African-American president of the Harvard Law Review. Upon graduation, he returned to Chicago to help lead a voter registration drive, teach constitutional law at the University of Chicago, and remain active in his community.

President Obama’s years of public service are based on his unwavering belief in the ability to unite people around a politics of purpose. In the Illinois State Senate, he passed the first major ethics reform in 25 years, cut taxes for working families, and expanded health care for children and their parents. As a United States Senator, he reached across the aisle to pass groundbreaking lobbying reform, lock up the world’s most dangerous weapons, and bring transparency to government by putting federal spending online.

In 2012, he was reelected over former Massachusetts Governor Mitt Romney by 332 to 206 electoral votes. The Middle East remained a key foreign policy challenge. Obama had overseen the killing of Osama bin Laden, but a new self-proclaimed Islamic State arose during a civil war in Syria and began inciting terrorist attacks. Obama sought to manage a hostile Iran with a treaty that hindered its development of nuclear weapons. The Obama administration also adopted a climate change agreement signed by 195 nations to reduce greenhouse gas emissions and slow global warming.

During Obama’s terms as president, the United States’ reputation abroad, as well as the American economy, significantly improved. Scholars and historians rank him among the upper to mid tier of American presidents. Since leaving office, Obama has remained active in Democratic politics, including campaigning for candidates in the 2018 midterm elections, appearing at the 2020 Democratic National Convention and campaigning for Biden during the 2020 presidential election.

Barack Obama was a great fan of the Diversity Visa Program. He has, on several occasions, voted for the DV to stay active because he knew diversity was important when it comes to immigration.

The Diversity Visa Program is not only crucial for the United States but essential for the entire world. The Visa Program was created by the Immigration Act of 1990 and signed into law by President George Bush.

Each year, millions of applicants worldwide participate in the Green Card Lottery, as it is relatively easy to apply without any qualifications, except all applicants should have completed high school and be born in one of the qualified green card lottery countries.

As Barack Obama once said, if your dream is to live permanently in the United States, you are always welcome if you come here legally. That is why anyone that wishes to live in the land of opportunities should apply for the Diversity Immigrant Visa Program.

U.S. Green Card Office is ready to help. Just reach out to us with any immigration-related matters, and we will make your dream come true.

We hope you enjoyed the Biography of Barack H. Obama, and hopefully one day we will see you in America.

You can enter the US Diversity Visa Program for free at www.state.gov Please check the Free vs. Paid Immigration Service comparison chart US Green Card Office is a corporation and not a governmental agency Please read our legal statement and terms and conditions before you apply